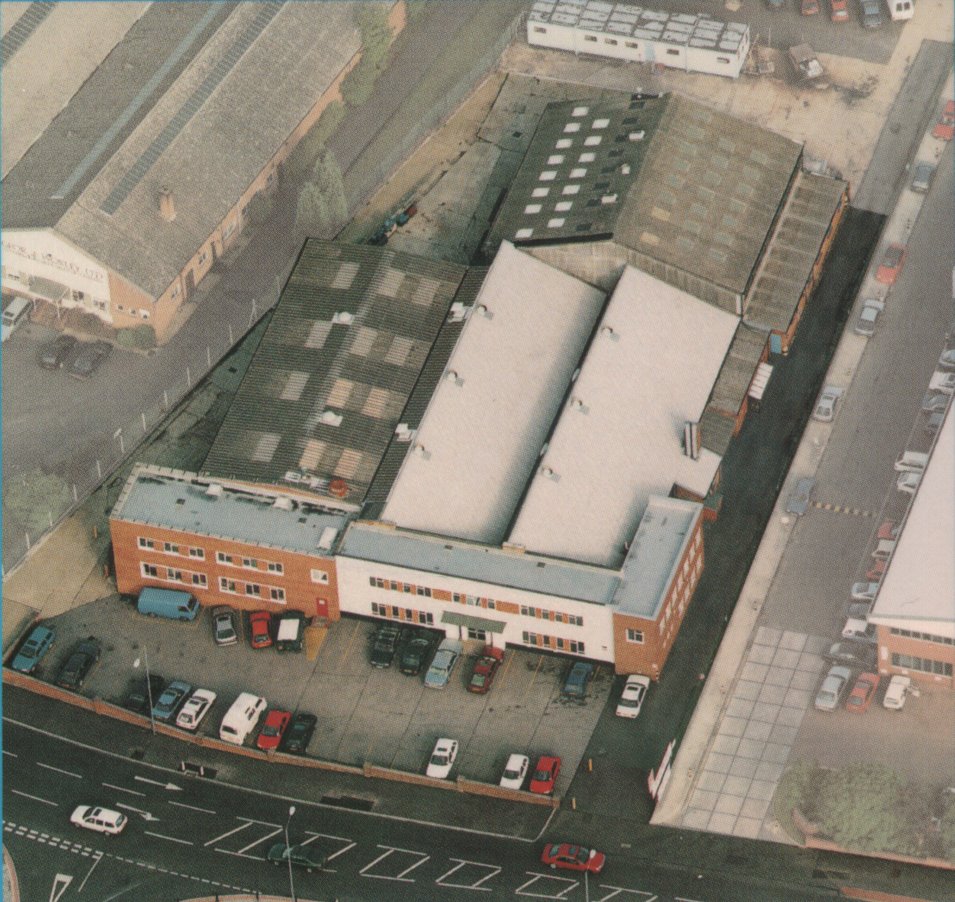 The history of Greengate has been a tale of steady progress from the most modest of beginnings.  The photo on the right shows our current location, St. George's Works, a site we moved to in June 2003 after a 25 year stay in Chairborough Road, High Wycombe.  This houses our showrooms and manufacturing operation on a single site, with excellent access from the M40 and High Wycombe railway station.

Greengate started life in a shed in Saunderton, a village just outside High Wycombe in Buckinghamshire, in the early 1970s,.  A well-known furniture company, Parker Knoll, had just had a disastrous fire which meant that many of their craftsmen were required to re-locate to another factory some distance away in the Cotswolds.

This gave the impetus for two men, Edward 'Ted' Chapman and Norman 'Fred' Bloxham to take the plunge and set up in business on their own.  They worked in the shed you see at the bottom of the page, along with some part-time help from a local preacher, Frank Collins. Frank would assemble the sofa and chair frames as needed, and perform the all-important ritual of making the tea.   Ted, Fred and Frank provided high-end bespoke upholstery to the hotel and decorator markets, mainly in London.

So the name Greengate was born, referring to Greengate Mill in Kettering, England - a memory from Ted's childhood home town.

At the same time, another long established company in High Wycombe, Hearn & Son, was looking for extra men and space to enable it to meet the growing demand for its products. The Hearns already worked closely with the chaps at Greengate, often helping them with all sorts of areas of the business.

A spirit of co-operation was soon built, with the two firms working together on numerous projects. Eventually, at the request of Ted & Fred, Greengate was taken over by Hearn & Son, though it kept its separate product and marketing identity.

Over the years, the Greengate brand was developed until it eventually became the major part of the business, overtaking the original parent company which had come to its rescue many years before. 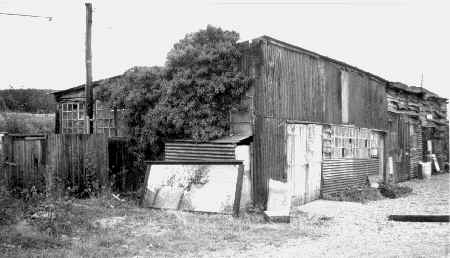 The shed where it all started.
Sadly, in 2016, it was demolished to make way for housing.

Production was transferred from Saunderton to Sandown Works, High Wycombe in 1979.   From its roots in a shed with two men and a preacher, Greengate now employs twenty dedicated staff in its Wycombe workshop.  It is still owned and run by the Hearn family, now in their fourth generation as furniture makers in High Wycombe, and still very much involved in the day-to-day affairs of the chair shop.

Business has, of course, moved on considerably from those early days in a shed.  Most of the furniture making industry in England has gone, a victim of the fierce price competition in today's global furniture market.

However, Greengate continues the traditions of old alongside the best of modern manufacturing, and we are also the chosen upholstery makers and distributors for some of the world's top designer brands.

We never forget our roots and guiding principles in all our dealings, and remain committed to the pursuit of fairness and excellence in all we do.

Our factory showroom will be open, by appointment, from Tuesday 6th July.

Please call or email to book a visit.

Greengate is a premium furniture maker of traditional English and contemporary styles. We operate from our workshop in High Wycombe, England. Read more here

The BFM is a long-established trade body for furniture manufacturers in the UK. We are pround to have been long-standing members.

For our contract business, we're members of the British Contract Furniture Association (BCFA)